Independent Filmmakers and the Internet

Image by ErikaWittlieb from Pixabay

A few days ago, I realized something I hadn’t thought of before. The hype around upcoming movies is different in recent years than it was twenty years ago. The direct cause of that, I believe, is the online landscape. When I was I kid, I saw trailers for movies when I went to the theater to see another movie. That’s how I got excited to for trailers.

Nowadays, trailers are released online as a form of marketing for the film. It’s a big deal when Marvel or DC releases the “teaser trailer” for their upcoming projects. Most times when I go to the theater and they run the trailers, I have seen most of them already. That’s something that wasn’t common when I was growing up. 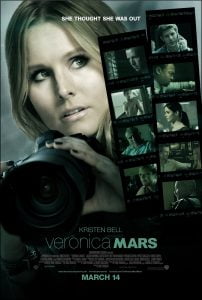 The internet offers a whole new realm of possibilities for filmmakers. Especially independent filmmakers. They can achieve free marketing by creating social media pages for their films. It makes it easier to get the word out about a film that isn’t attached to a major studio. There’s even websites dedicated to collecting funds for films. Veronica Mars is the famous example of crowdfunding. Kirsten Bell and Rob Thomas (the writer) asked for $2 million to make the film possible and their audience gave them $5.7 million. Many filmmakers have followed the trend to gather any funds they can to make their film possible.

Distribution is easier than it was years ago. If the funds aren’t there to release the film in theaters, it isn’t the end of the road for the independent director. Filmmakers can release films on sites such as Amazon, Netflix, and Hulu as a way to get the movie out into the world. Even YouTube and Vimeo can be used as tools to get their work out there into the public eye.

Devin Graham is a fine example of this. He posts videos under his YouTube channel, devinsupertramp, that consist of stunts in various places around the world. Each video is filmed with a professional touch. I first discovered him when he filmed Lindsey Stirling’s music videos and I’ve been watching him ever since. Where he gets his money is through sponsorships that discovered him in the same way that I did. Before he could afford the fancy camera equipment, he still posted videos of the same nature. He was then recognized as a professional filmmaker based of his large portfolio of videos. There’s more I can name: Casey Neistat and Julien Solomita among them. They both have an impressive track record as well. Neistat has his partnership with CNN now and Solomita, with partner Collin Duddy, formed his own production company called Waffsicle. 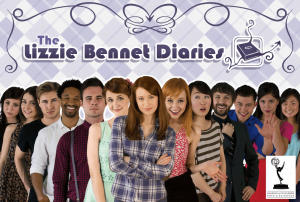 There have also been successful web series on YouTube. The Guild is the more popular show to name that came from YouTube. Felicia Day created the show and stars as Cyd Sherman, a gamer who tries to live a normal life after one of her guild-mates finds her. I can say that the show is definitely entertaining as a gamer myself. The writing was as professional as it would be if it was aired on TV. More people agree with me since it got the attention of Microsoft. For a few seasons, it premiered through Microsoft’s websites. Another favorite of mine was The Lizzie Bennet Diaries. It is a modern retelling of Pride and Prejudice created by Hank Green and Bernie Su. For those of you that are curious, Green is the brother of the author, John Green. The series is in the perspective of Lizzie as she chronicles her year in the form of video diaries. She talks about her older sister, Jane’s, love life with the new neighbor in town and how she is annoyed with his friend, Darcy. This particular series was perfect for YouTube. For most episodes, Lizzie speaks to the camera like a regular YouTuber with a vlog channel would. More characters like the notable character, Lydia, follow this example and expand the story from there. Any Jane Austen fan out there will appreciate this show. The show itself earned critical acclaim with an Emmy for Outstanding Creative Achievement In Interactive Media – Original Interactive Program. Like The Guild, it has clever writing and a strong story to follow.

The internet opens a realm of possibilities for filmmaking. It’s a way to promote new movies and connect with other filmmakers. It’s especially a place to create. The internet gives everyone the opportunity to pick up a camera (or a phone) to start their next film project. Not every project needs a multimillion dollar production to be counted as a film. All it needs is the passion to make it happen and thanks to the internet this is more possible now than ever before.