The Forgotten Art of Movie Posters 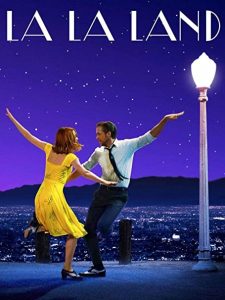 Let’s be honest, movie posters today are not very good. There was a time where movie posters weren’t treated like a high school Photoshop project, but those days are long gone. Now, I know that’s not a fair generalization and we do still get the occasional poster worthy of being framed on our walls. The poster for La La Land, for example, is simple yet elegant. It is beautiful to look at and it is very much a reference to posters from the 1920s and 30s, which would incorporate scenes from their movie. Sadly, for every La La Land poster there are a hundred Nicholas Sparks-like movie posters of characters almost kissing. 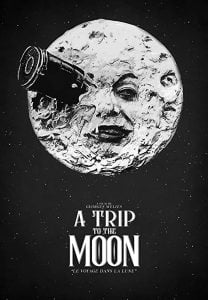 So, when exactly did things start to go wrong for movie posters and why did this happen? I did some digging and looked at movie posters from every decade of film. I was fascinated by what I saw. If we start at the onset of cinema and we look at the poster for Georges Melies’ A Trip to the Moon all we would find is an image from the film itself, the title and the director’s name.

By the 1920s, cinema had changed radically into actual narratives and movie posters themselves typically depicted an important scene from the film. This gave the audiences something to look forward to. By the ‘50s, scene depictions are practically nonexistent in movie posters. Instead, there is a more conceptual approach to them that would give posters a more artistic look that would capture the essence of the film without spoiling anything.

The years between the ‘50s and ‘90s gave us some of the most beautiful and iconic posters in movie history. Can anyone see the image of the hand holding a knife in front of a jack-o-lantern and not know it is from Halloween? Does anyone not know that a shark looking up at a swimmer is Jaws? The funny thing is that these posters are very simple and yet they have managed to become etched into the minds of many generations of film fans.

Eventually this simplicity was lost and by the ‘90s we began to see a more standard look to movie posters. This began what I believe to be a decline in their quality. What was once a piece of art audiences could rely on to know what the movie was about, changed into a portrait of the leading actors that tells us nothing about the movie itself. I mean, what does the poster for X-Men: First Class actually tell us?

It appears as if every movie genre has a specific template for their posters. For example, a couple standing back to back for a rom-com or maybe a character with his back to the camera as he looks into the distance for an action film. The current trend is to throw every character in the movie on the poster so that we have a collage of things that don’t tell us anything about the movie other than there are a lot of people involved. This is done in movies as bad as Gods of Egypt or as amazing as Spider-Man: Homecoming.

But why is this the current way of doing things? Part of me thinks movie studios simply think audiences don’t care about movie posters anymore. I understand that we live in a world where it has become much easier to market a film. Social media has enabled studios to reach audiences in a way that was not possible in the heyday of poster making. However, not everyone is on social media and there are still some people who actually enjoy collecting movie posters. It’s also important to have unique movie posters because when audiences are actually walking through a theater they might run into the poster for a movie they didn’t know was coming out. A poster that looks different from the others might entice them into learning more about that movie and actually look forward to seeing it in theaters.

Another part of me thinks studios have just gotten lazy. There’s no way to justify movies with budgets over $150 million such as X-Men: First Class to not have a properly thought-out poster. Studios should want to differentiate their movies from everyone else’s. They would make so much more money if they made posters people are willing to spend their money on. I think movie studios will eventually move away from recycling the same ideas over and over, because history has shown that they never stick to the same thing for too long. I look forward to that day. Until then, I will keep commending the rare posters that make me wonder how it would look on my wall.