The Dissection Of The Rogue One: A Star Wars Story Trailer

The pressure is on for Disney ever since Star Wars Episode VII: The Force Awakens was met with critical and commercial success last December. It’s long been known that Disney was planning various spin-offs as well as the long-awaited sequel Episodes, and we finally have a glimpse at the first of these movies. The first Rogue One trailer dropped a couple of week ago, and the expectations for this movie are now even higher than before. 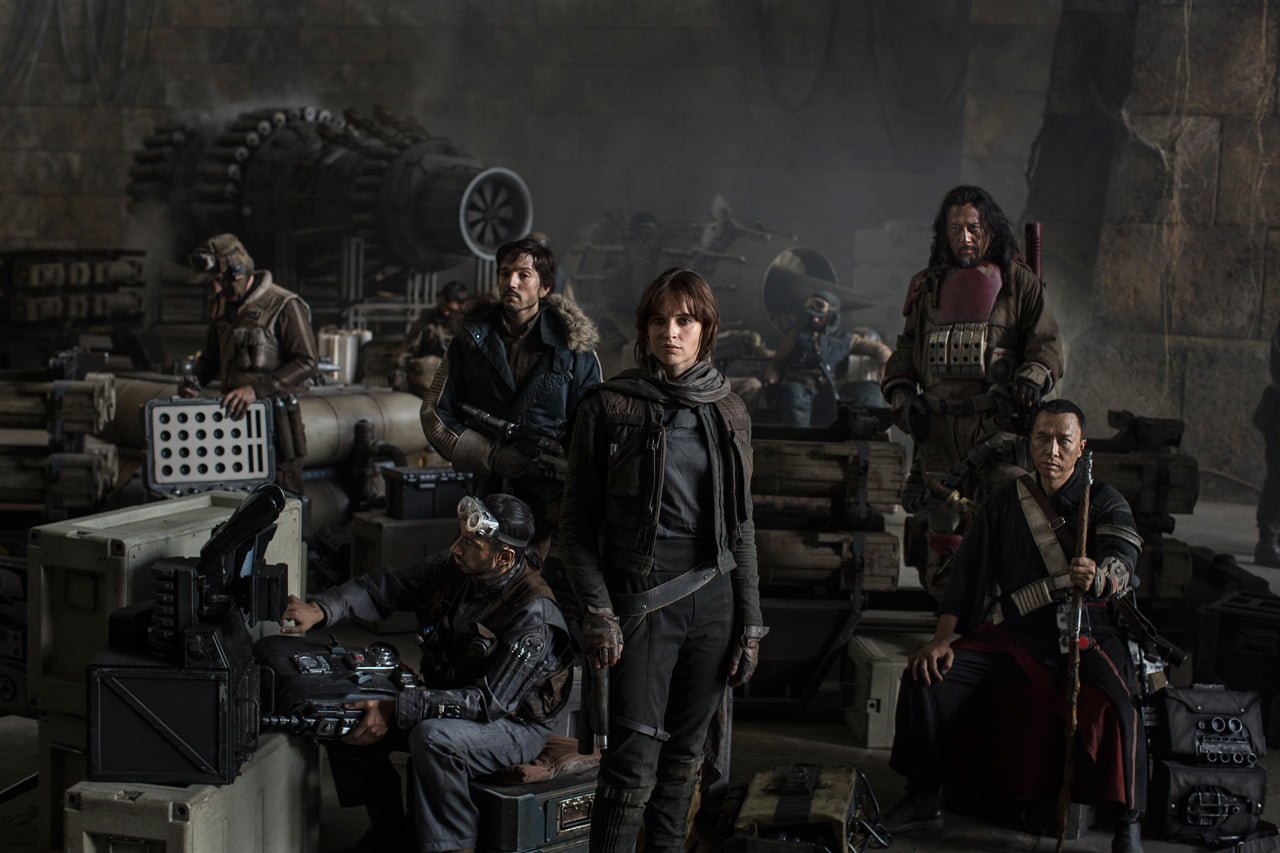 It all starts with our new protagonist, a tough looking woman who calls herself Jyn Erso, staring stoically while we hear the list of crimes she’s committed. By the looks of it, she is likely a prisoner of the Rebel Alliance – that’s right, this movie is a prequel set in the midst of the original conflict of Star Wars Episode IV: A New Hope. However, due to her unusual qualifications, former leader of the Rebellion, Mon Mothma, recruits Jyn for a mission. We know that this mission, as well as the main plot of the film, will center around how the Rebel Alliance got their hands on the original Death Star plans. It seems that Jyn will also have a co-star in Mexican actor Diego Luna, although not even a name or a hint on what role he will play has been revealed. His brief appearance in the trailer shows him somehow connected with the Rebels, but we don’t yet know how.

Other actors that appeared in the trailer include Forest Whitaker and Donnie Yen, whose exact roles haven’t been revealed yet either. From the brief look of his character, Forest Whitaker seems to be a man who has seen years of war and could possibly be of Mandalorian descent, although it’s not possible to know for sure from this trailer. There are others in some of the other scenes in this trailer that seem to have similar Mandalorian armor, so will Mandalorians make a break into the big screen and have a part in helping the Rebel Alliance? That’s one of the many questions on the minds of fans, and is one of my major hopes for the film, as the Mandalorians have a great history in the Star Wars expanded universe (that is, everything outside of the main films – books, graphic novels, TV shows, and video games, although not all of these are still considered canon in the wake of Disney’s acquisition of Lucasfilm). With Donnie Yen’s character, the first thing we see him do is beat down Stormtroopers with nothing more than what appears to be a staff or walking stick. Might this be a nod to the Star Wars: The Force Unleashed video game series, which featured a blind Jedi with a similar fighting style who helped the protagonist?

While I know it has been stated that there won’t be any Jedi appearing in the movie (a first for the franchise), anyone familiar with the Star Wars universe is aware that there are other force sensitive characters who aren’t necessarily Jedi, or their evil counterparts, the Sith. One can hope that Disney will take the opportunity presented by these spin-off films and show more of the Star Wars universe than what we already know from the movies. There is a rich and vast wealth of resources to pull from, and they would do well to remember what the books and other media have to offer.

In terms of what we saw visually in the trailer, the film looks great. I am happy to see that the practical effects used in the original trilogy and The Force Awakens are being utilized in this film as well. The trailer has many shots that take us back to classic Star Wars films, from the Rebel hangar and the Star Destroyers floating ominously next to the incomplete Death Star to the AT-AT attack against what seems to be a band of Rebels. The casting of Genevieve O’Reilly as Mon Mothma was brilliant as she looks so similar to Caroline Blakiston, who played the character in a Star Wars Episode VI: Return of the Jedi. These callbacks appeal to the fans’ nostalgia but to the new viewer, they hopefully spark interest to further explore this universe. We do get a glimpse of the character who is likely the antagonist of the film: a mysterious Imperial agent dressed all in white. Rather than the typical black Imperial military attire, this man’s outfit is very formal and even includes a cape. Will this be a more serious (yet potentially flashy) villain than we are used to from a Star Wars movie? His power and status are apparent, but he doesn’t so much as speak, so little can be assumed about him. The constant explosions, running, and bodies flying throughout the trailer seem to hint at the action we will see in the movie, and despite the lack of the iconic lightsaber blades, I think those unique weapons won’t be missed at all.

Perhaps the most memorable part of the whole trailer was the line spoken by Jyn: “It’s a rebellion right? I rebel.” This bold line immediately laid the groundwork for the movie and was a great way to open this trailer, although it made the other lines of dialogue a bit more forgettable in comparison. There is one thing that I look forward to in this movie more than I did in The Force Awakens: the possibility of more creativity than previously allowed in Star Wars films. This may be because I know it will be more original than The Force Awakens, which, while great, was undeniably similar to A New Hope. The fact that Rogue One is an offshoot of the Star Wars universe means the pressure won’t be as great as if this were an episode in the main Star Wars franchise. Let’s be real, though – the fact that Star Wars is mentioned in the title at all still puts great pressure on all those involved in making this movie, and so far though they’re starting out on the right track – or so it seems from this first trailer!